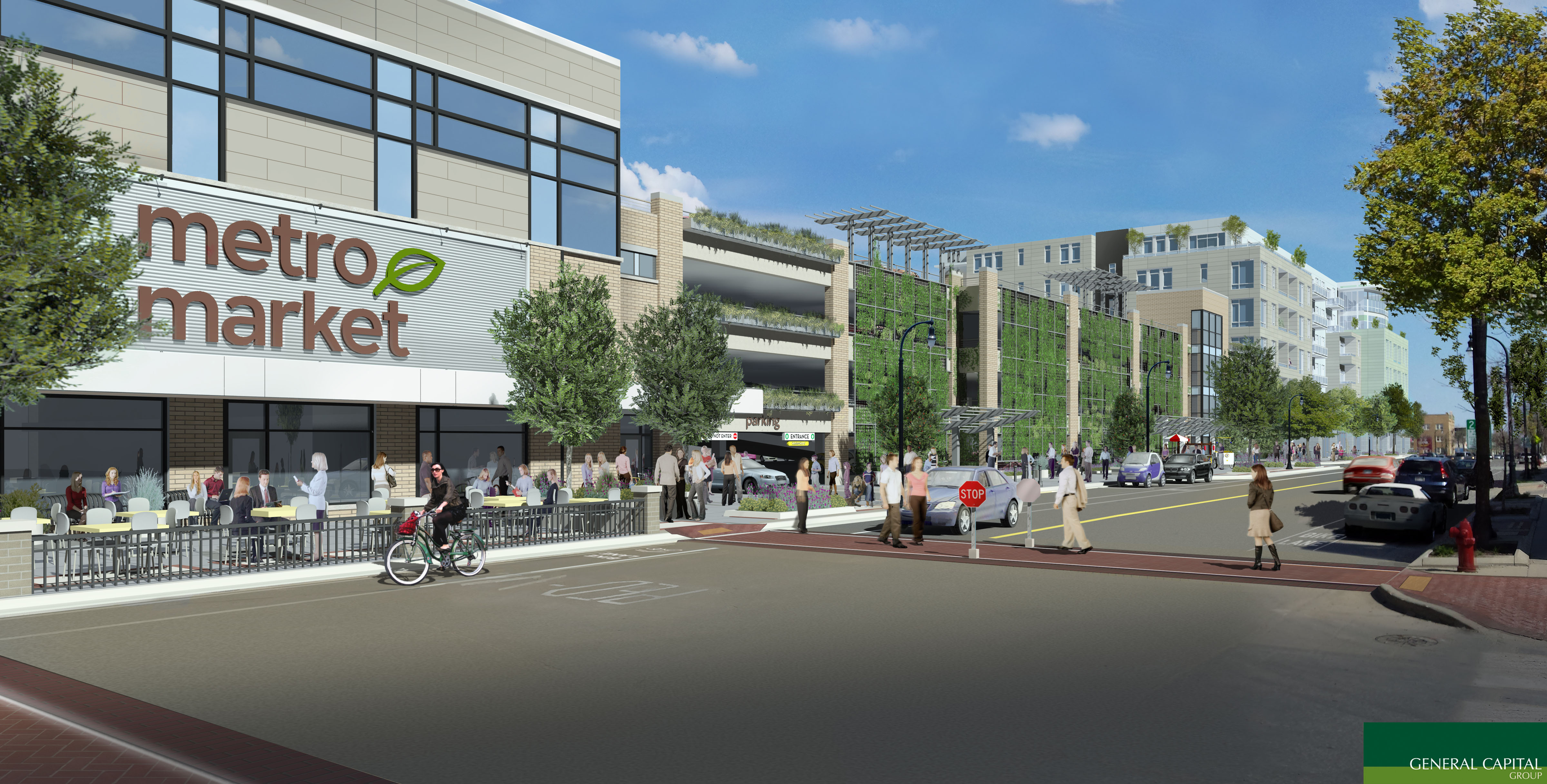 On April 7, 2014, developer General Capital Group presented a redevelopment proposal for Roundy's Grocer to Shorewood's Community Development Authority (CDA). The proposal included a new Metro Market and a major mixed-use building. The new facilities would occupy the entire 2 blocks between Kenmore and Olive Streets on the west side of Oakland Avenue, replacing the current Pick 'n Save and abandoned Schwartz and Walgreens facilities.

The 1st phase of the proposed construction was an 85,000-square-foot Roundy's Metro Market with completion slated for February 2016. This 2-level store will be Roundy's Milwaukee flagship Metro Market.

Construction of the 2nd phase of the development is a 6-story mixed-use building featuring 95 upscale apartments and 15,000 square feet of retail space. Construction began October 2015. 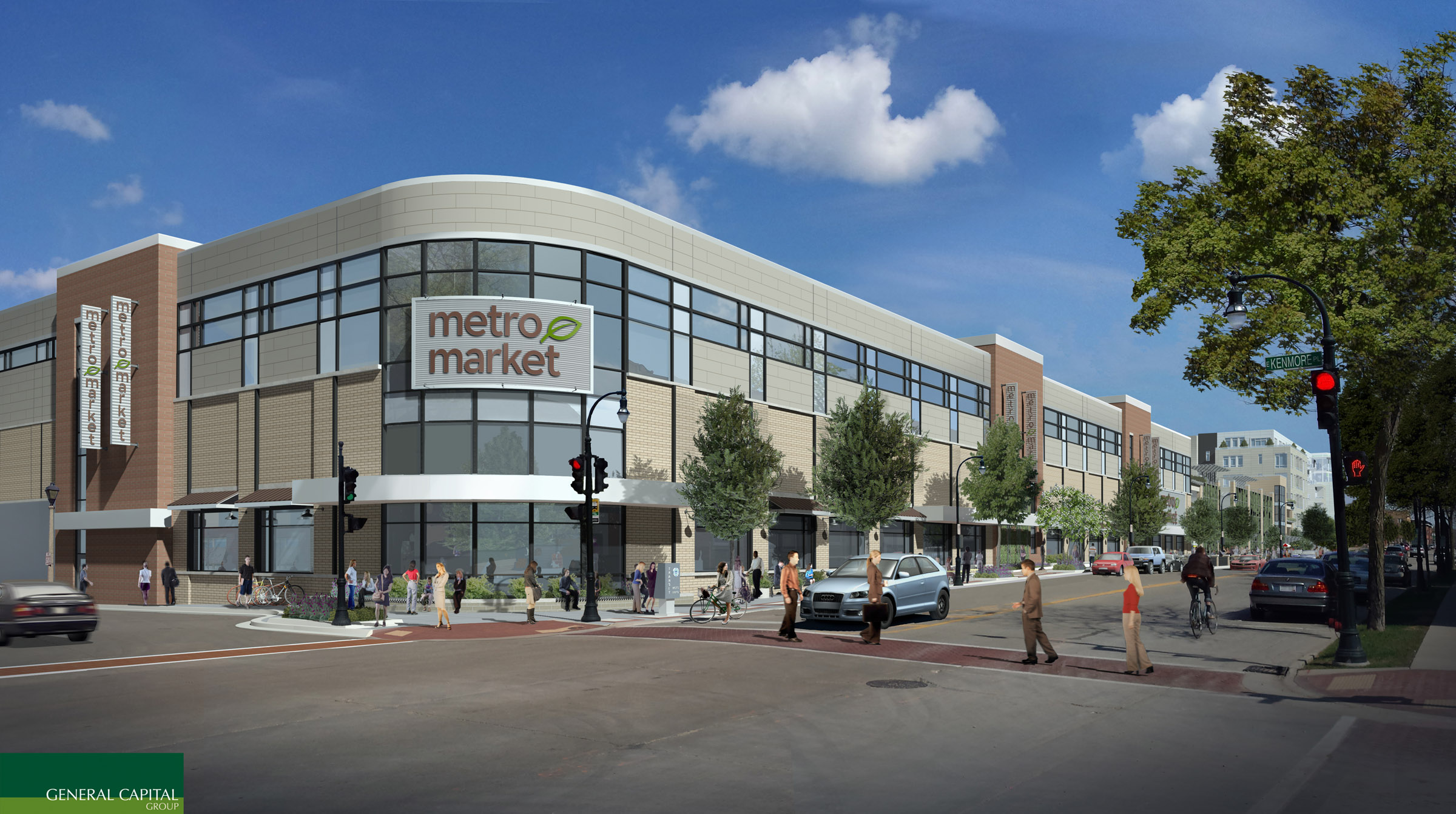 Project Updates from the Developer

Visit General Capital's webpage for updates on the project, construction progress, and get information the new Metro Market and living opportunities at Shorewood Metro Market.

The project required a zoning amendment to a Planned Development District, recommended by the Plan Commission and approved by the Village Board July 7, 2014. A Tax Incremental Overlay District was also approved by the Joint Review Board. Both processes will happened parallel to each other.

There were many meetings held by stakeholders, neighbors, committees and boards. View a list of many of those communication and outreach efforts (PDF).

The Plan Commission held four meetings in 2014: April 22, May 27, June 17 and June 24. At the fourth meeting, the Commissioners voted 5 to 3 in favor of the project. Design Review Board Public Meetings

The Design Review Board has discussed the project at four meetings in 2014, held on: May 22, June 12, June 26 and July 10. The project was approved as a whole with further review of some of the details, scheduled September 25.

The developer held two public open house events on May 29 and June 26, presenting current plan sets and getting input. Both events were highly attended.

The Village Board held a public hearing July 7, 2014, approving the zoning amendment.